Industry 4.0: What is the fourth industrial revolution? 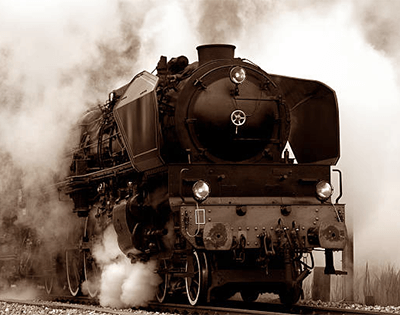 The first industrial revolution dates back to the mid-18th to late 19th century. It corresponds to the use of coal and the invention of the steam engine by James Watt in 1769. It is characterised as an industrial revolution as it transformed artisan manufacturing with mechanical production. During this period, artisan workshops were replaced by factories where the steam engine was used to operate production machines and therefore increase production rates. This was the start of short-run production.

The second industrial revolution arrived at the end of the 19th to late 20th century. It appeared thanks to new, more modern production methods: the use of petrol and electricity. Industry took advantage of these new developments to operate their machines, which became electric. This period corresponds to the boom in Taylorism, assembly line and mass production work. 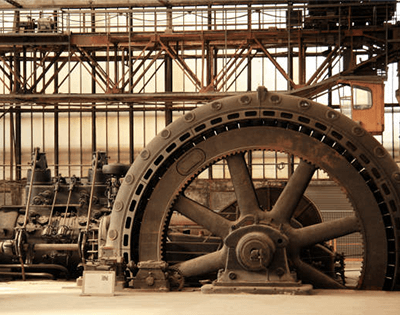 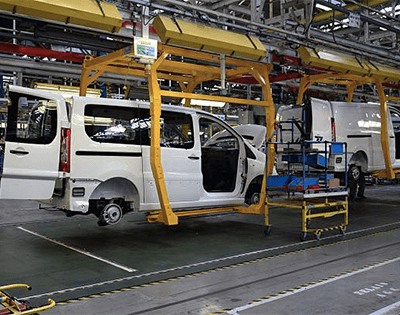 The third industrial revolution dates from the mid­20th century and is based on information, technology innovations and telecommunications. This led to the implementation of automation. The third revolution yet again modified production factories by adding robots, making the production site more flexible and optimising it in order to allow long production runs. This revolution was made famous by the company Toyota, which ended Taylorism with the Lean system.

The fourth and final industrial revolution to date emerged in 2011. Industry 4.0 includes technological and digital objects in factories to optimise business activity. Production methods are smarter as all objects, machines and operators in the value chain are linked together. For this purpose, industry 4.0 is based on 8 technologies. 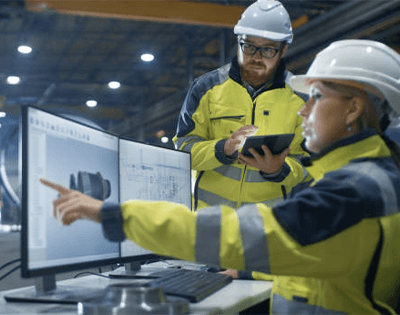 The 8 technologies of industry 4.0

The internet of things (IoT)

The term Internet of Things (IoT) refers to the internet materialising in the real world. It includes all objects, whether vehicles, buildings or other, when they are connected to an internet network. i.e. an electronic chip, a sensor or another type of connection must be present so that objects are connected and communicate with each other, collect and exchange information. IoT helps control and track objects remotely.

A cyber-physical system is a system which autonomously exchanges information, controls processes and triggers actions depending on the “circumstances”. It uses physical sensors which feed information back to a decision server, which triggers an action. This system forms a decision loop which can continually act on its environment.

According to Raksmey Phan, a digital twin is usually a 3D model of a process, product or service. It is a twin modelled using sensors on the main object in order to retrieve data. This makes it possible to know the object’s position in space, its status, temperature, etc.

Cybersecurity is the protection of systems connected to the internet against IT threats targeting hardware, software and data. As Industry 4.0 develops the Internet of Things, it is very important to protect computers against hacking and the risk of the production tool being controlled remotely.

Cloud Computing is a shared, on-demand network providing access to IT services and resources like servers, databases, storage or software, through the internet, in order to offer faster innovation, flexible resources and economies of scale.

This technology is used to integrate virtual elements in 3D within a real environment. The principle is simple: it is a combination of the virtual and real world to obtain information quickly for all employees. As a result, augmented reality improves employee and cobot efficiency.

Thanks to this connectivity, companies can reduce labour costs, energy consumption and improve the efficiency of industrial processes. Factories now no longer opt for assembly line production, as the consumer wants a unique, custom product which meets their needs. Industry 4.0 meets this requirement through a flexible and connected factory thanks to the intensive use of digital tools.